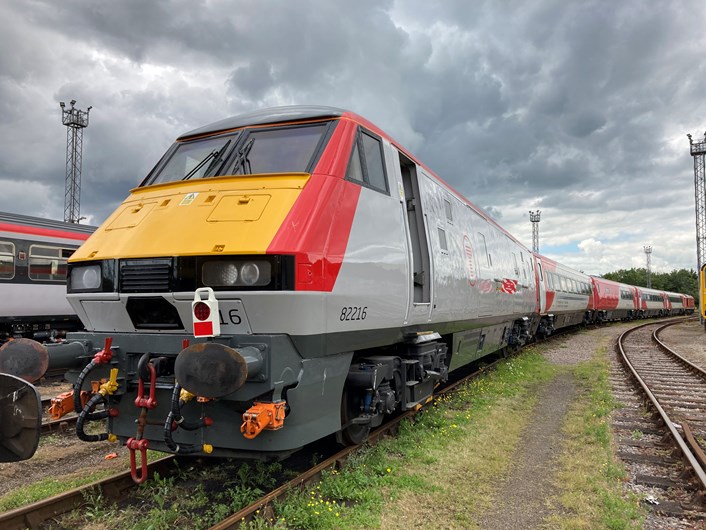 Transport for Wales is asking you to decide which one of three leading charities will appear on the side of one of its trains later this year.

Three sets of modern Mark 4 carriages are being introduced on Cardiff-Holyhead services, including the famous “Gerald of Wales” Premier Services during 2021, providing a true intercity experience including improved accessibility and an enhanced customer experience.

As part of the distinctive branding of the trains, each of the end carriages – known as the Driving Van Trailers (DVT) – will feature a livery promoting a charity.

Transport for Wales staff have already chosen two of the three charities that will be celebrated, with Alzheimer’s Society Cymru and Ty Gobaith Children’s Hospice coming out on top in polls. For the third charity, TfW is running a public poll via Twitter to choose between three nominated charities: Mind Cymru, the Royal National Lifeboat Institution (RNLI), and Wales Air Ambulance

The poll will run between 10 and 17 February on Twitter.

James Price, Transport for Wales CEO, said: “The introduction of new rolling stock to our fleet is always a landmark moment, but I’m delighted that we are making it a little more special by using this as an opportunity to celebrate and promote the great work that our leading charities do.

“This is particularly important during this challenging time when so many people are reliant on the support that these charities provide. It will undoubtedly be a very competitive poll, and all three nominated charities will be worthy winners. I wish everyone involved the very best of luck!”

Here are our nominated charities’ pitches for your vote:

A brand campaign will help us get mental health information and support to everyone who needs it in Wales. Don’t let anyone face a mental health problem alone. Vote for Mind Cymru.

The RNLI saves lives at sea. From Flint to Penarth, we educate, influence, supervise and rescue anybody who needs us on the coast.

Tens of thousands of people like you will visit the coast on TfW trains in 2021, please help to keep us at the front of people’s minds by voting for us.

The sea does not discriminate and neither do we, we will always be there to help anyone who finds themselves in difficulty. Our world-class lifeboats and lifeguards have been saving people for almost 200 years and we intend to be a part of Welsh coastlines forever.

The Wales Air Ambulance charity is the only air ambulance service based in, and dedicated, to Wales. Since our launch in 2001, we have become the largest air ambulance operation in the UK. Our critical care consultants and practitioners are highly skilled, and we carry some of the most pioneering equipment in the world. We are now nearing 38,000 missions and we introduced an overnight helicopter in December, making us a 24-hour operation - and making donations more important than ever.

We need to raise £8 million every year. Your vote will help us raise awareness of our lifesaving service.

Transport for Wales will be introducing Mark 4 carriages on Cardiff-Holyhead services from the May timetable change. These will replace the older Mark 3 carriages which currently operate a limited number of Cardiff-Holyhead and Manchester-Holyhead/Llandudno services.

The Mark 4 carriages were built for British Rail between 1989 and 1992 for use on the East Coast Main Line between London and Scotland. They have since been refurbished between 2003 and 2005, and in 2016. They were most recently in service with London North Eastern Railway, before being replaced by the brand new Azuma trains.

Transport for Wales has acquired three four-carriage sets to provide an enhanced customer experience, with the Mark 4 sets being used on three Cardiff-Holyhead services a day each way, compared to one a day each way at present. This will provide an expanded catering service, and more services with First Class seating. The carriages will continue to be hauled by the powerful Class 67 diesel locomotives, which are owned by DB Cargo UK and leased to TfW for use on their services. 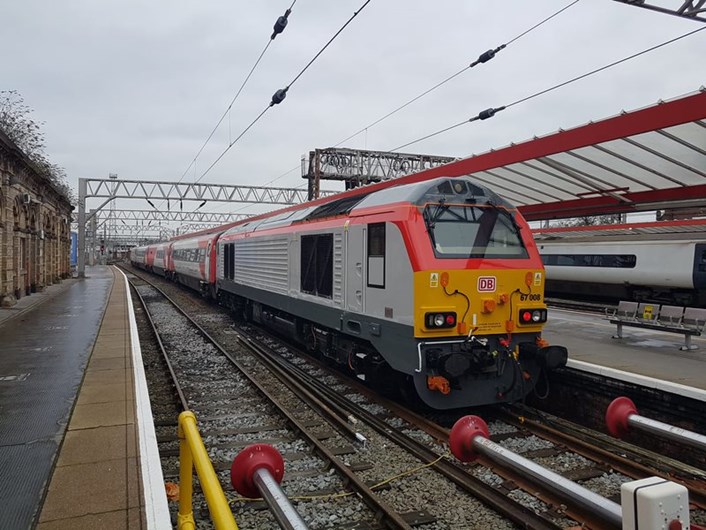