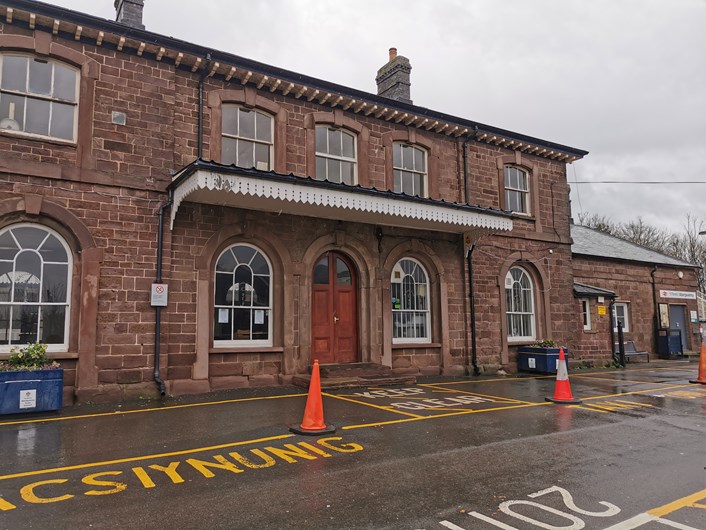 Abergavenny's 160-year-old railway station is set to play host to an exciting new community development thanks to investment by Transport for Wales.

The station, which has served the town and wider community since the mid-Victorian era, will see some of its empty spaces converted to become an art gallery.

Contractors are now on site with Peak Cymru expected to move in later in the year.

The investment is part of TfW’s wider multi-million-pound Station Improvement Vision with a brand new CCTV and Customer Information System also set to be installed latter in the year, the latter of which is funded by Network Rail.

Financial support has also been given by the Railway Heritage Trust and TfW is very grateful to the charity for its support.

“Abergavenny is a beautiful station that has served the area since 1860, so it was fitting we were able to develop these community spaces there.

“The project will allow local artists a platform to showcase their work.

“Investing in bringing disused spaces at stations back to community or commercial use is a key part of our strategy because we know stations are more than just somewhere you get on a train, they are community hubs.”

The new facilities will compliment the thriving family-run café in the main station building and a physiotherapist who also runs a business from the station.

Peak Cymru are an arts-based organisation based in the Black Mountains, working creatively with professional artists and communities

Using the station space to house artist studios and galleries, Peak Cymru’s over-arching goal is to increase opportunities for children and young people to engage with the various strands of their artistic programme.

“Peak are excited to be working in partnership with Transport for Wales to develop spaces to present art and artists at Abergavenny railway station.

“We will be activating areas either side of the platform 2 waiting room, as well as creating artist's studios in the main station building.

“Over Summer 2021, Platform 2 will host artworks by international and regional artists, viewable 24/7. Later in the year, we plan to transform it into a young people’s project space as part of Culture is Ordinary – a centenary programme responding to the work of Pandy-born novelist, critic and theorist Raymond Williams, whose father worked in a signal box on the same train line.”

The Railway Heritage Trust assists operational railway companies in the preservation and upkeep of listed buildings and structures through support, advice and grant funding.

Meanwhile, Network Rail are continuing to develop plans to provide step-free access to and between platforms. This scheme is funded through the Department for Transport’s Access for All programme – match funded by the Welsh Government through Transport for Wales.

“Abergavenny has an incredibly rich railway heritage. Local people are rightly very proud of their station and Transport for Wales’ exciting plans will further reinforce its role as a hub for the community.

“This community development scheme is the perfect complement to the wider investment planned at Abergavenny - including our flagship project to make the station accessible for all.”