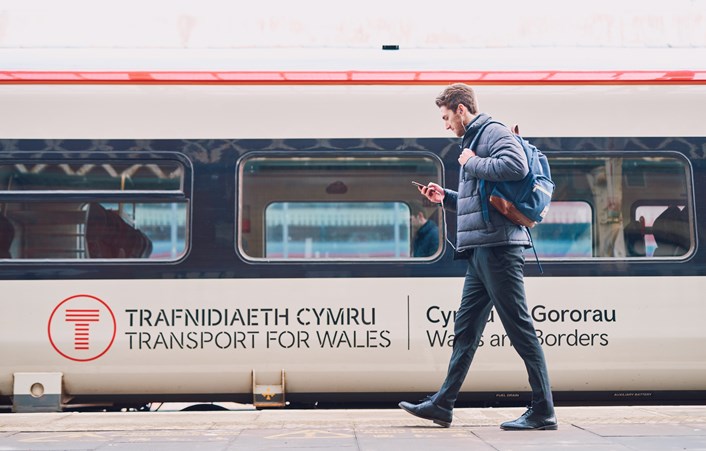 Rail passengers are being encouraged to plan their journeys carefully with the network around Cardiff expected to be very busy this Friday (11 March).

Wales play France at the Principality Stadium on Friday (8pm) and the late evening kick off means there are a limited number of rail services available from TfW and other operators after the match.

There is also a sold-out James Arthur concert taking place at Cardiff’s Motorpoint Arena at the same time, which is likely to increase the demand for services after 10pm.

Passengers are also reminded Queen Street Station is exit only from 9pm due to the rugby, unless customers have accessible requirements or are travelling to Cardiff Bay.

Colin Lea, Planning and Performance Director at Transport for Wales, said: “Cardiff has hosted a significant number of Friday night Six Nations fixtures since they were introduced in 2009, so we have robust plans in place ahead of this week’s game.

“But the Friday night fixture does present a significant challenge for the rail network around Cardiff, with tens of thousands of people wanting to travel during a smaller window post-match.

“We have more capacity than the last Friday night fixture in 2016 but due to the late finish only around half the capacity of a Saturday afternoon.

“We are working closely with Great Western Railways (GWR), Network Rail and the British Transport Police to ensure we can get people where they need to go but it is vital everyone plans their journeys carefully and checks the latest travel information on the TfW website, app or social media.”

GWR will once again use their all-electric Electrostar trains to provide additional capacity on the South Wales mainline between Cardiff and Newport.

GWR Customer Service & Operations Director, Richard Rowland, said: “We are pleased to operate our more sustainable Class 387 electric trains again for these events. They proved very effective in moving customers from Cardiff to Newport, helping to free up more space on our London and Bristol services.

“We’ll be using them in a similar fashion on Friday night, but Cardiff Central is going to be especially busy after the match and customers will need to queue to board trains safely.”

TfW will be working with the British Transport Police to remind customers face coverings must still be worn on public transport in Wales, unless exempt.

Passengers are also advised that anyone deemed too intoxicated may be refused travel or removed from a service.

BTP Inspector Richard Powell said: “We’re working closely with our partners throughout the Six Nations tournament to help the thousands using the railway to travel to and from the events safely.

“We see how alcohol can really affect judgement and people often take greater risks – we urge passengers to take extra care of themselves and others to make sure they have a safe journey.

“As well as having extra officers out across the network, we want to remind passengers of our discreet text service. Save the number ‘61016’ in your phone in case you ever need our assistance on the railway or to report any suspicious activity.”

Penarth Road at the rear of Cardiff Central Station from the bus stops/British Gas HQ turning to St Mary Street will be closed in both directions for health and safety reasons between 20.45pm and 23.00pm on the day of the event. It is worth noting that providing it is safe, the closure may be lifted either before or after this time frame – which will be a decision made by Cardiff Council.

All travel details for the event can be found at Roadworks and closures (cardiff.gov.uk)

The closure will only allow access to the carpark via Penarth Road for accessible parking, replacement busses, emergency vehicles, train crew, and relevant contractors.

Cardiff Central Station car park will be closed the day before and on the day of the event to reduce vehicle movements in order to provide a safer space for queuing passengers.

The rear car park will be closed from 06:00 on Thursday 10th of March, with the exception of access to the 20-minute bays and accessible parking. The 20-minute bay access will be revoked at 17:00 on the day of the event. The carpark will be fully reopened to the general public at 04:00 on Saturday 12th of March.

Again, the closure will only allow access to the carpark via Penarth Road for disabled parking, replacement busses, emergency vehicles, train crew, and relevant contractors.

On the day of the event, taxis will be able to use the taxi rank at the front of the station until 15:00, however they will not be permitted to use the rear of the station area and car park, and must not effect car park entrance, exit, and road closure for the event.

Only taxis for train crew will be permitted to access the rear car park.