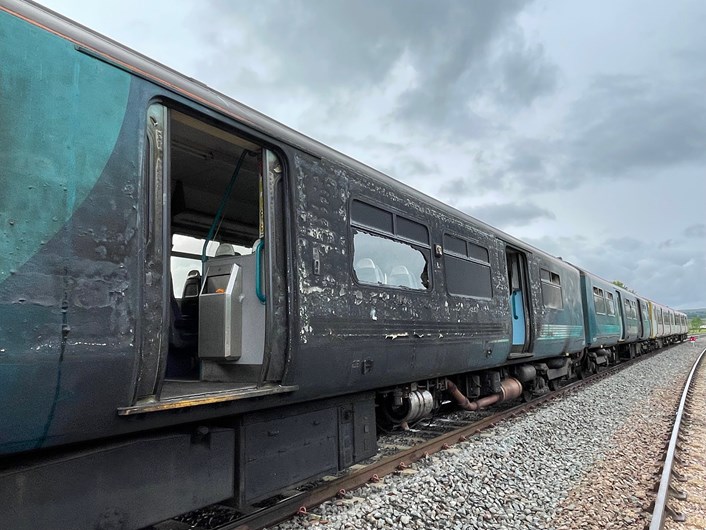 Transport for Wales (TfW) rail services will continue to be impacted for the rest of 2022 as a result of the recent train collision with a mini digger near Craven Arms.

The train – which was made up of three two-car Sprinter units – struck the mini digger at around 60 mph, causing major fire damage to the first two units.

The mini digger is believed to have been stolen from a nearby rental yard before being abandoned on the line. British Transport Police have launched a major criminal investigation and appeal for information about the incident.

The damage to the trains will take several months to repair, leaving TfW with four fewer carriages to use across the whole Wales and Borders network. Sprinter trains are the only trains used on many routes across the network, including the Core Valley Lines to Treherbert, Aberdare and Merthyr Tydfil.

As a result of this and ongoing work on the railway at Radyr, TfW is temporarily running a reduced service across the valleys network for the next few days, including no trains on the City Line. Rail tickets are accepted on Cardiff Bus services, and replacement buses are in operation to support students travelling to and from Bishop of Llandaff Church in Wales High School.

“We’re hugely relieved that the incident at Craven Arms was not more severe. The quick actions of our driver and conductor ensured the trains were safely evacuated, and many colleagues across TfW and Network Rail worked hard to reopen the line as quickly as possible once forensic investigations were complete.

“The impact of this serious criminal act will however continue to be felt for some time. The loss of two trains will make it far more challenging to provide additional capacity for busy services over the next few months, particularly for this summer’s major events at the Principality Stadium such as the Stereophonics and Tom Jones concerts in June.

“We’re working with our industry partners to source any additional trains available to cover for the damaged units, and hope to be able to announce a temporary arrangement soon. In the meantime, we strongly advise customers check before they travel and use our Capacity Checker – an online tool that allows customers to see which trains are likely to have the most space available.”

“While we are at early stage of our investigation, we are confident this fire was a result of the attempted theft of two mini diggers which then ended up on the tracks.

“Any obstruction to the railway is extremely dangerous and can easily result in serious injuries or fatalities, so we are taking this incident very seriously and working hard to hold those responsible to account.

“In this case, the collision with the mini digger resulted in a fuel leak which has then ignited. We are working closely with the Environment Agency to ensure the fuel is contained and any risk to the environment is minimised.” 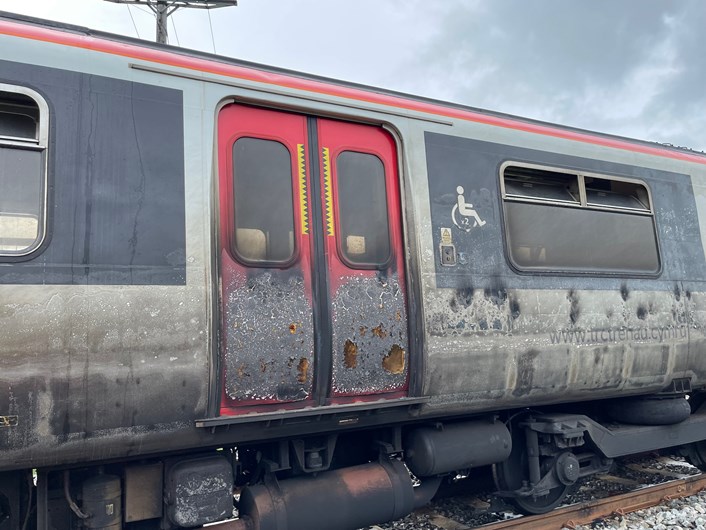