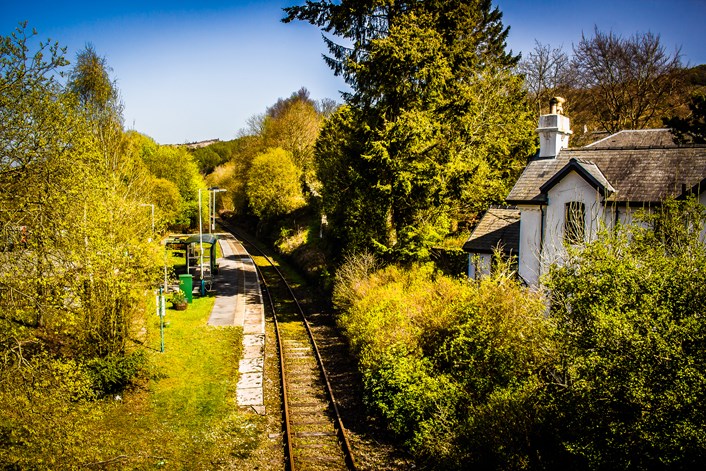 Transport for Wales is marking Clean Air Day by celebrating its achievements in reducing its carbon footprint as part of its Sustainable Development Plan.

Rail contributes 1% of Wales’ transport carbon emissions, the majority of which comes from diesel-powered trains throughout the Wales and Borders network. However, during the 2019-20 financial year, TfW reduced its emissions by 6.27%. This was as a result of a reduction in train fuel as we added newer refurbished trains to our rolling stock and through the reduction in energy used for buildings as we rolled out smart metering across all our Wales and Borders stations and depots.

TfW also introduced seven electric vans to their fleet of road vehicles for colleagues working on the transformation of the Core Valley Lines as part of the South Wales Metro.

The Nissan eNV200 four-seat vans have received a positive reception for their quietness and performance on local roads around the South Wales valleys. As well as significantly reducing emissions, the vans also reduce fuel costs by over half compared to an equivalent diesel-powered van. Charging points have been installed at the Metro Infrastructure Hub in Treforest in order to charge the vans overnight.

Since the end of the 2019-20 financial year, TfW has continued to take further steps to decrease emissions with a number of schemes, including trialling solar powered lighting while building  the new maintenance depot and control centre at Taff’s Well, and planting 37,000 trees at a site near Llanwern.

TfW’s future plans include further commitments to reduce its carbon emissions further by replacing its current fleet of trains with new more efficient rolling stock, including electric trains and tram-trains on Metro lines and more efficient diesel trains on long-distance services. Stations and overhead wires will be powered by 100% renewable energy, with at least 50% sourced in Wales.

“Sustainability is at the core of everything we do at TfW and we are fully committed to improving the social, economic, environmental and cultural well-being of Wales, in line with the Well-being of Future Generations Act.

“The progress we have made in reducing our carbon footprint provides an excellent platform for us to build upon in years to come as we continue to develop a truly sustainable public transport network in Wales that works for both people and the planet.”

The steps we are taking to reduce our carbon footprint also help us to reduce emissions. Air pollution in Wales affects people’s health and it affects biodiversity. We’re looking at innovative ways to reduce pollution from our operation including trialling solar lighting on construction sites and working with cross sector organisations through our membership of the Clean Air Programme Board and the Clean Air Advisory Panel.