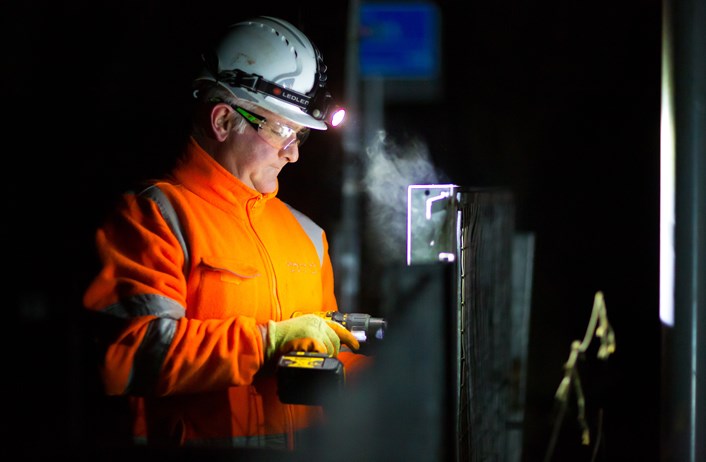 At TfW we’re really excited to be moving forward and progressing with the South Wales Metro.  It will completely transform the way we travel in South East Wales, making it easier and faster to get around.

The work we’re carrying out is the biggest rail infrastructure upgrade in decades and as expected there is a great deal that needs to be done, which will have an impact on our railway neighbours.

The Core Valley Lines (CVL) are the railway lines that we’re currently working on and they run between Treherbert, Aberdare, Merthyr Tydfil, Rhymney, Coryton and Cardiff.

Much of the work we’re doing includes clearing vegetation from the side of the line, altering railway track layouts and preparing for the piling for masts to carry overhead lines.  This essential work will allow us to deliver faster, more frequent services on greener electrified tram-trains over the next few years.

However, while we’re carrying out this work, there will be some temporary disruptions including changes to services, road closures and engineering work at night – for more information, check out our new brochure Metro: A guide for communities here.

For this blog, we’ve prepared some answers to frequently asked questions to provide some clarity:

Why does this work need to be completed now?

We’re currently in a climate emergency. As a result of this, there is a clear need for us to significantly reduce our emissions. For Transport for Wales, this means two things: reducing the emissions of our trains; and encouraging people to shift from using their cars to greener, more efficient public transport.

Electrifying the railway is a major step towards delivering both of these aims. Trains that are powered by batteries and overhead wires have a much smaller carbon footprint than the diesel trains that currently operate on our network, as they don’t have any emissions and use their power more efficiently. The overhead lines will be powered by renewable energy, and we’re working on the Green Valley Lines project with Riding Sunbeams to develop ways of harnessing solar and wind energy.

Electric trains also have much improved performance – they are able to accelerate much faster than diesel trains, which reduces journey times, particularly for services like the Metro with its many station stops. This in turn will allow us to run more frequent services. As a result, the Metro routes between Treherbert, Aberdare, Merthyr Tydfil, Rhymney and Cardiff will be increased to four services per hour on each route, with journey times reduced to around 50 minutes. This would be impossible to deliver on our network with diesel trains.

These faster, more frequent services are expected to lead to a significant increase in passenger numbers, as they will provide a more attractive alternative to travelling by car.

I’m a lineside neighbour but I don’t use rail services – what are the benefits for me?

The new electric trains that will be introduced onto the Metro network once the transformation work is completed will be much quieter than current trains. This will mean that lineside neighbours will no longer be disturbed by the loud hum of diesel trains passing. The arrival of the new trains will also help reduce local air pollution, as well as contributing to national reductions in our carbon footprint.

Why does this work happen at night?

Our key priority is to ensure that the transformation of the CVL is delivered safely. The safest way to do this is to undertake the work while the railway is closed, so that no trains are running through areas where work is being completed.

Closing the railway for days on end is very disruptive to those who use the railway for travelling to work, visiting family and friends, travelling to medical appointments and doing essential shopping. We want to keep this level of disruption to a minimum, while also ensuring that work continues at the right pace to deliver improved services across the Metro network by the end of 2023. The way we’ve chosen to do this is to mostly keep work to the night time and weekends, as there are fewer people travelling. Why can’t you tell us in advance of when work is going to take place near where I live?

An enormous amount of work needs to be undertaken to upgrade the rail infrastructure. This includes a number of different types of work, such as vegetation management, realigning or replacing track, piling and erecting masts for overhead lines. These will vary in their scope from location to location, as no two parts of the Core Valley Lines network are the same, and this in turn impacts how we deliver this.

For major sets of work which are more disruptive, such as track changes or major station work, we’re able to inform lineside neighbours as these are set well in advance of them happening. However, for work such as vegetation management and piling, our timetable for delivering the work has to be flexible and responsive to different circumstances and will often change at short notice. While ideally we would want to ensure that lineside neighbours are informed of disruptive work that’s happening locally, we also don’t want to be informing neighbours of work that doesn’t go ahead or changes in its scope at the last minute.

Why are you cutting down trees and bushes?

A lot of vegetation has grown up on the lineside over the last 50 years. Previously, this would be prevented from growing by cinders from the steam locomotives that used to run up and down the valleys. However, since steam locomotives were replaced by diesel trains, this has naturally grown in an unmanaged way.

This has created wider problems for the railway, particularly during the autumn season where lineside vegetation can lead to the rails to become slippery, but also other issues such as low-hanging branches striking trains or getting in the way of signalling. As a result, this can cause delays and disruption to services and poses safety issues.

The vegetation now needs to be cut back to allow the masts for the overhead lines to be built. The removal of this vegetation will also ensure the Metro is a safer railway that runs more reliably.

How are you protecting the environment?

We aim to avoid any impact on biodiversity. If that’s not at all possible, we’ll seek to minimise our impact. We’ll seek to improve ecosystems if they’re in a poor state and degraded, and we’ll offset any trees we cut down by planting new ones. An example of this is our project to replant 37,000 trees and introduce 1,000 dormice boxes to a 20-hectare site in Llanwern.

Our ecologists survey all areas before any work takes place so that we’re aware of any protected species living alongside the railway. We’ll always have at least one ecologist on site during our vegetation maintenance work to look out for anything that may have been missed in the survey and guide our team away from any sensitive habitats.

We’re working closely with Natural Resources Wales to make sure work is carried out at the least damaging time for wildlife. We avoid nesting and breeding seasons for birds and other wildlife, including dormice, bats, crested newts, badgers and otters. If evidence of nesting birds is found, the nest is buffered and works are avoided in that area.

Ultimately, the benefits of significantly reducing emissions, becoming a carbon-neutral organisation and encouraging more people to switch from cars to public transport will help protect the environment in Wales and beyond.

Why aren’t you electrifying the whole Wales and Borders network?

The Core Valley Lines network is currently the only part of the wider Wales and Borders rail network that is directly owned and managed by Transport for Wales – the lines were acquired from Network Rail in March 2020, as part of the plans to develop the South Wales Metro. The rest of the Wales and Borders network remains managed by Network Rail, which reports to the Department for Transport. As such, any electrification and modernisation of further lines is currently subject to UK Government approval.

In 2020, Network Rail published the interim programme business case for its Traction Decarbonisation Network Strategy, which proposed the electrification of most of the network, including the key routes linking North, South and West Wales. Non-electrified routes would be operated by trains powered by batteries or hydrogen. We’re working closely with them to understand how the modernisation of the network can be delivered so that we can provide faster, more frequent and greener services throughout the network.

The Welsh Government’s aspiration is for the management of the railways in Wales to be devolved to Wales, which will allow us to electrify and modernise the majority of the network. 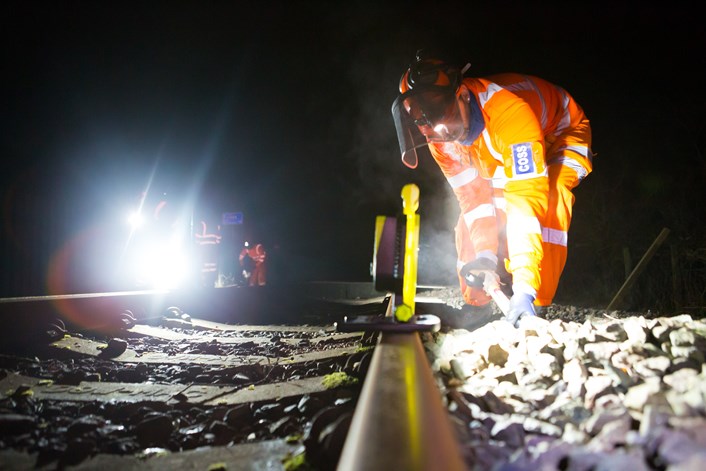 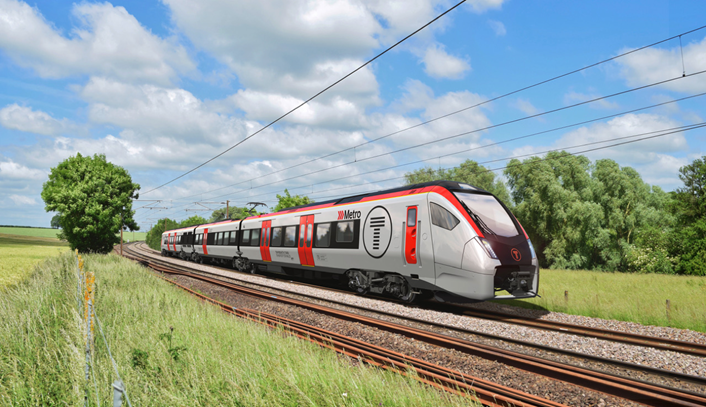 Class 756 on the Rhymney Line