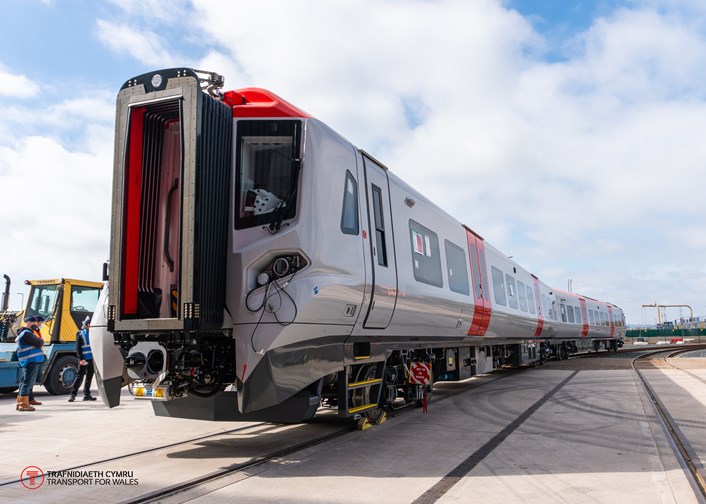 Transport for Wales (TfW) has confirmed dates for additional train services it wants to introduce to its timetable across the Wales and Borders route over the next three years.

Transport for Wales (TfW) has confirmed dates for additional train services it wants to introduce to its timetable across the Wales and Borders route over the next three years.

Because of the enormous impact of COVID-19 over the last 18 months, some original dates, set in 2018, have had to be revised due to the pandemic’s consequences on areas such as disruptions in supply chains, the delivery of infrastructure needed to operate new services and the ability to train new train crews, due to social distancing.  The impact of the pandemic has been significant and far-reaching, but TfW has also confirmed that it will deliver on all additional services originally announced in 2018.

For the additional services first announced in 2018 to come into effect in December 2022, revised plans mean:

In addition, TfW has successfully purchased a further 25 Mark 4 intercity carriages plus five driving van trailers that are fully refurbished to a high standard.  This will include four trains of five carriages which will enter service on the South Wales to Manchester route in 2023. This is a newly introduced commitment and TfW is keen to explore the detail with passengers and stakeholders soon.

“It is not unique to us in Wales, but the pandemic continues to have a massive impact on all of us and I’m proud of the way we kept key workers moving during the darkest days. As we now confidently move forward, we are beginning to see how post pandemic travel patterns may turn out. Leisure travel is already returning quickly, but commuting traffic will most likely take longer to return, as many of us adapt to flexible working. These new patterns of travel may help us smooth demand for travel over wider time periods and help alleviate some of our traditionally very busy flows.

“Since the original announcements in 2018, we have worked hard and are starting to see the fruits of that, with pacers now fully withdrawn and some new trains beginning testing around North Wales. However, the pandemic has affected our ability to train new crews and has disrupted our supply chain in many ways.  Despite this, we will deliver some of the additional services committed back in 2018 as planned, but a few have needed to be revised. Overall, all the additional services committed in 2018, over 60 new services, will be added to the weekday timetable in the coming few years.

“We remain confident that we will deliver on the ambitious plans Welsh Government has for transport in Wales, including tackling the climate emergency, and we will continue working with partners for the benefit of the communities throughout Wales and the borders.”

The delivery of the revised plan is dependent on infrastructure changes by Network Rail, which is funded by the UK Government. Transport for Wales will work collaboratively with Network Rail as part of an ‘Event Steering Group’ to help deliver the revised plans.

In addition to recommitting to the pledges made in 2018, at a revised schedule, TfW remain committed to:

Investment of three-quarters of a billion pounds to upgrade the railway to Aberdare, Coryton, Merthyr Tydfil, Rhymney and Treherbert.  The first Overhead Line Equipment foundations have already been installed.

Working on the initial phases for the North Wales Metro, putting the foundations in place for transformative rail and bus services and active travel and the new Liverpool to Wrexham service has been launched via the Halton Curve.

TfW supported the public consultation for the development of the Metro and this is currently being considered by the Welsh Government.

In addition to our revision to the December 2022 timetable, TfW has also needed to look at the 2021 timetable and are now delivering two milestone commitments:

- Ebbw Vale Line (one additional service per hour between Cross Keys and Newport) – Will be delivered by December 2021 (as originally planned and extended to Ebbw Vale Town once infrastructure works on the line are completed in 2023).

As industry norm, new services are dependent on industry access rights being granted.